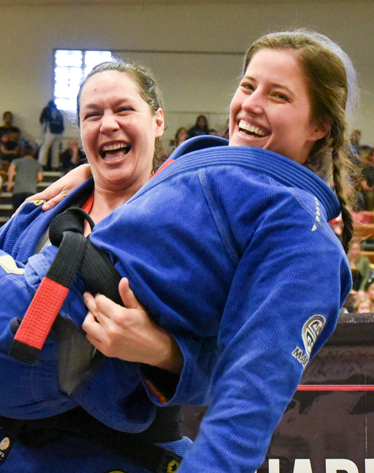 On January 21st, 2017, we returned to the University of San Diego for our third San Diego BJJ Open in support of the Pancreatic Cancer Action Network. The southern-California BJJ community literally packed the gym as we welcomed nearly 450 competitors and hundreds more spectators and supporters.

We live-streamed many of the adult matches including some fierce black belt matches. Head to our Facebook page to watch them, and take a peek at some special interviews we did with Clark Gracie (Clark Gracie BJJ) and Josh Hinger (Atos JJ).

Special thanks to our sponsors for helping us put on such a great event, including Inverted Gear, AK Kimonos, GrapplingX and BJJ Tees.

Looking forward to seeing everyone at our 6th annual Connecticut BJJ Open on April 29th!