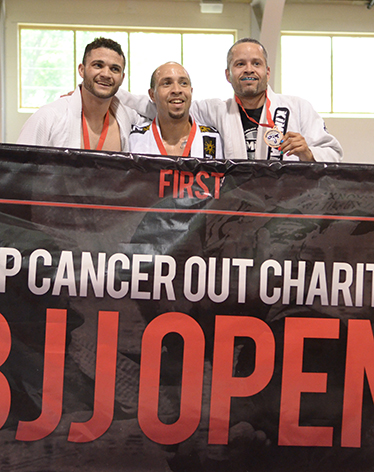 I’ve been training in Brazilian Jiu-Jitsu for about six and a half years. I started in BJJ because I wanted to stay and shape while also competing, and my prior sport (volleyball) required too much dependence on other people. If I wanted to compete, I needed to find six guys, all with the proper skill sets, who were free on a certain day. With BJJ, I could be part of a team, but when it came time to compete, I only needed to depend on myself (and my competitors, I suppose).

In those six and a half years, I’ve competed fairly often. I haven’t competed on the largest stages—the Worlds, the Pans, etc. (I’m on the east coast)—but have done numerous IBJJF, NAGA, Grappler’s Quest, Good Fight tournaments as well as smaller, local tournaments. I competed at white, blue, purple and brown belts, gi and no-gi. I’ve weighed in night before (cutting extreme weight), morning-of, and seconds before the match. I haven’t experienced it all, but I have experienced a lot.

All of these experiences have taught me valuable lessons about running an efficient and enjoyable tournament. So when I decided to host a BJJ tournament of my own to benefit the Leukemia & Lymphoma Society, I vowed to create the experience and atmosphere that I would want as a competitor. Here are some of the ways I turned it into a tournament competitors would enjoy:

Every competitor will agree—it’s expensive to compete in BJJ tournaments. Most tournaments will cost you anywhere from $80 to $120, just for ONE division. It’s just too cost prohibitive for most people. So I wanted to make our tournament affordable. At $75 or less, depending when you sign up, it’s one of, if not THE, most affordable BJJ tournament around.

Plus, if you fundraise more than $250, you can compete for FREE. It only takes a single email to family and friends to raise that much ($25 from 10 people), so it’s a pretty good deal. Plus, the more you fundraise, the more perks you can earn like patches, t-shirts and rashguards. The top 4 fundraisers earn a FREE Inverted Gear gi!

There are a number of steps I wanted to take in order to ensure a smooth tournament. At our first tournament the only major mishap was having to bracket the day-of, and we were admittedly ill-prepared. Though everything ran well after about a 40-minute delay in the morning, I couldn’t let it happen again. That’s why we have hired the talents of bracket-management company Mata Leao and require pre-registration, which allows us to have the brackets ready ahead of time (not worrying about running back and forth to the bracketing table). Plus, at too many tournaments overworked table-workers are double and triple tasking, trying to manage brackets while keeping score; keeping time while calling the next fighters. So we have at least two, if not three, volunteers working at the table, plus a dedicated ring coordinator who manages the brackets and gets the next fighters ready so there are no delays, no fighters hovering over the table, and far less confusion.

3. Great for All Belts, White to Black

My first tournament as a white belt was overwhelming. There were SO many people there that I completely psyched myself out. We’re all here for a good cause, so the stress level is low (it’s not the Worlds or anything). If you’re looking for the right opportunity to get acclimated to BJJ competition, this is it.

Even though we’re a great environment for beginners, that doesn’t mean advanced grapplers won’t enjoy it either. We have had some very accomplished brown and black belts join us, so you’ll be able to test yourself. Plus, since it’s so cheap (FREE for brown and black belts), why not get the experience?

The TCO BJJ Open follows the IBJJF rule set, which strictly prohibits all heel hooks and restricts knee bars and toe holds to the advanced belts. I know some people prefer the “anything goes” mentality of some of the larger tournaments, but if you want to be a world champion, you have to compete under IBJJF rules. We hire certified IBJJF referees, so you’ll know the referees are qualified and you won’t lose a match simply because of incompetence.

At the TCO BJJ Open, competitors come to win, for sure, but year after year I see such amazing sportsmanship and so many smiling faces that reassures me that we have something special on our hands. Everyone knows we are coming together for a cause much bigger than BJJ. Winning and losing on the mat doesn’t mean nearly as much as helping so many people in need who are fighting a real fight with cancer.

We are here to show the world what type of people make up the BJJ community.

I want to make this the best tournament experience you’ll have in 2015, and I’ll do everything in my power to make that happen.