Tips from our Top Fundraiser 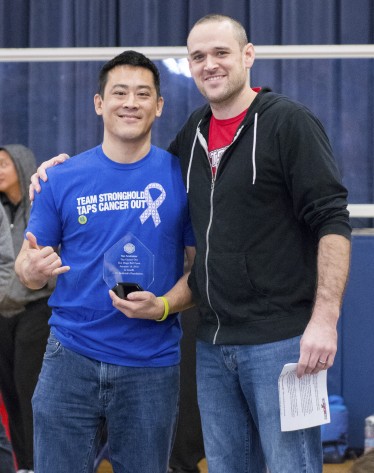 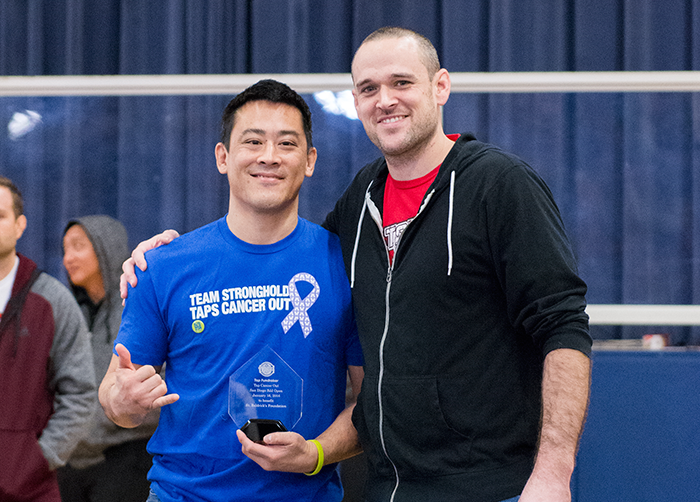 At our 2016 San Diego BJJ Open, only our second tournament in California, we were floored when Robert Wong seemingly came out of nowhere to break our individual fundraising record set nearly a year prior. When the dust had settled, Rob had individually raised more than $7,800, helping his team, The Stronghold, take home their second consecutive team fundraising title with $15,639 raised.

I personally fundraise every year at our Spring BJJ Open in Connecticut. As the founder of Tap Cancer Out, you’d think I’d know every trick in the fundraising book and set the bar every year. Well, Rob’s efforts more than doubled any amount I have ever raised, so asked if he’d reveal some of his fundraising secrets. Of course, he obliged.

What would you say was the key to your successful fundraising campaign?

Facebook! I changed my cover page and my profile picture to something cancer related and included a link to my fundraising page in the description section. That way, when people would click on the picture to see what it was all about, they will see the link and be directed to my fundraising page. I also customized my URL, which was easy to do on the Classy.org platform, to make it simple for me to remember and type out.

First of all, timing is everything. I know the few weeks leading to Christmas is not the best time, so I planned a head and started in early December then picked up right after the new year for my second wave of solicitation. Then, during the final week I posted every single day to ensure that the message would get out. Aside from Christmas time, I made sure to consistently share my page and my story whenever I could.

What type of strategy did you employ in your Facebook messaging?

The key is to motivate all my friends and family. I made sure to publicly tag and thank every person who donated so not only my friends would see it, but their friends too. I also made sure to emphasize how many days were left to donate and what I needed to hit my goal. I quickly surpassed my initial goal, so instead of being content with that I raised it. Each time I surpassed it, I raised it again. I didn’t expect this, but a lot of my friends and family were waiting for me to hit a certain point so they can be “the one” responsible for me reaching my target. It’s definitely a fun game to have as a way to motivate people to help with your donations.

Was there anything else that helped get your message out through social media?

A personal story definitely helps. Very few people knew about my bone marrow donation. That was definitely an important story that I wanted to get across, as it was something very meaningful and personal. I was able to get in touch with my marrow recipient who replied with pictures to post on Facebook as well.

Another story I had was a goddaughter of a fellow Naval Academy graduate of mine who is a St. Baldrick’s beneficiary. I was able to use that angle when I approached all my Navy buddies to rally together and pitch in. Of course I made sure everyone was okay with me sharing the story.

Did you try anything outside of social media to try and raise money?

Yes! While this was my first time fundraising, I have donated to other friends and family that have done fundraising events in the past and they all generously reciprocated.

Also, and most importantly, remember that not everyone is on Facebook. I did my best to identify my family and friends that were not and sent them email or even called them.

I also used one of my new “hobbies” as a way to raise money. A few months ago, I needed to sew some new patches on my Gi so I bought a sewing machine. I got pretty good at it and started bringing the sewing machine to class and would sew patches on for my teammates. When I started this Tap Cancer Out fundraiser, I realized this would be another great opportunity to raise money for the cause. I made an off to sew unlimited patches for one year for $20 and unlimited patches for lifetime for just $40.

Any other words of advice?

Yes. Remember that ANYONE can fundraise. You don’t have to be a black belt. You don’t have to have 5,000 friends on Facebook. You just need to put your heart in it. Use all the tools available to you, including customizing your story on your fundraising page, adding photos of those you know who have fought cancer if you have them, etc. We don’t have many opportunities to combine our love for BJJ and desire to give back to those who are fighting for their lives. Usually it’s just one or the other. The Tap Cancer Out BJJ Open is like no other tournament I’ve ever experienced and one I’m sure I’ll attend every time they come to the west coast.