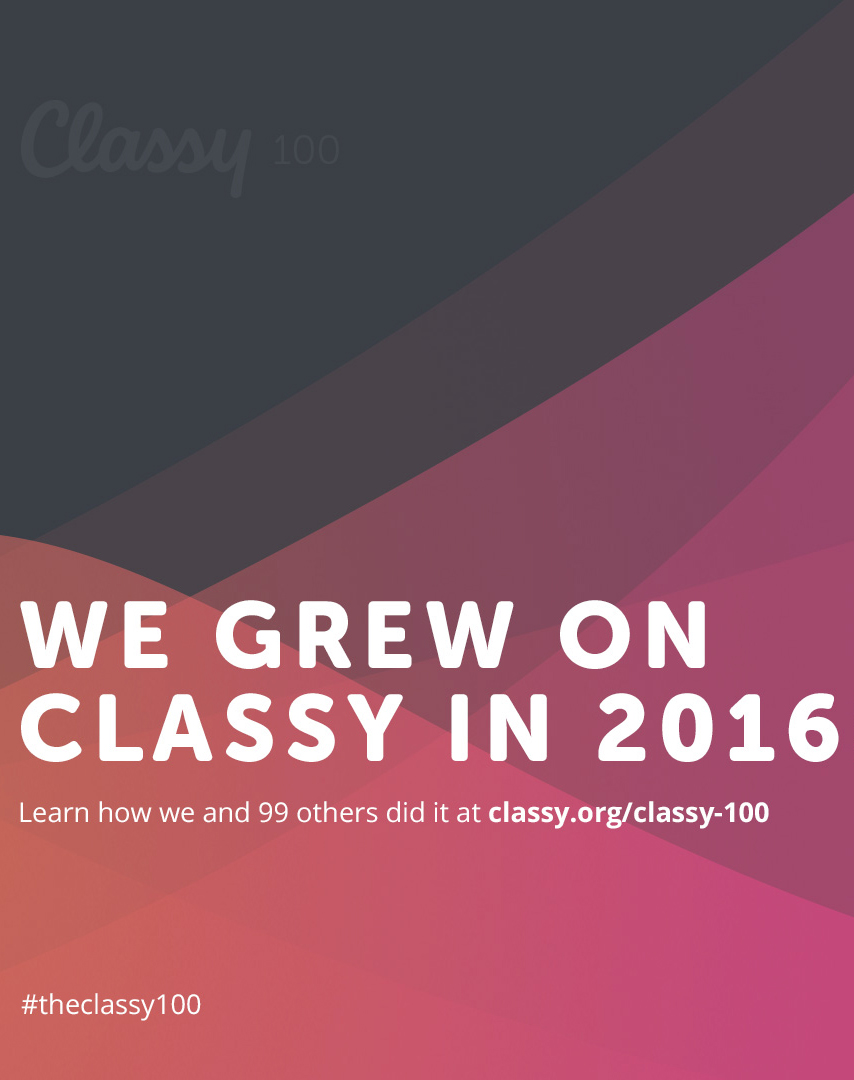 Tap Cancer Out made this year’s Classy 100 list, an annual compilation of the growing nonprofits on Classy, the world’s leading online fundraising platform for social enterprises. Classy released in February the 2016 Classy 100 using a proprietary growth score calculation as the basis for recognition. The organizations that represent the top one hundred growth organizations this year on Classy were generated through a calculated score that took into consideration revenue growth from three areas: monthly revenue growth on Classy above the platform baseline, year-over-year revenue growth on Classy, and overall revenue size on Classy. Tap Cancer Out ranked #55 after previously reaching #84 in 2015.

“Scaling an organization is extremely hard work, whether you’re running a for-profit company or a nonprofit organization,” said Scot Chisholm, CEO and co-founder of Classy. “However, growth in the nonprofit sector isn’t celebrated in the same way as it is in the for-profit sector. At Classy we believe that revenue growth is an important metric for both sectors, as it represents the ability to attract and maintain new customers or supporters year over year. The Classy 100 represents a group of social good organizations who have experienced growth by delivering a world-class giving experience to their supporters year in and year out.”

Tap Cancer Out continues to fulfill its mission of raising awareness and funds for cancer-fighting organizations on behalf of the Brazilian Jiu-Jitsu tournaments. New tournament locations have been added each of the last three years, including Buffalo in the summer of 2017. Additional growth will be fueled by the organization’s Grapplethon initiative which kick’s off February 11th in Pittsburgh.

To be included in the Classy 100, organizations needed to be transacting on Classy for at least January 2016—December 2016. Other criteria included at least $50K in revenue on Classy in 2016, counting transactions in all 12 months; at least $10K in revenue on Classy in 2015; and at least 25 percent year-over-year revenue growth on Classy from 2015 to 2016. The organizations recognized this year span all causes and sizes, bound together by their consistent revenue growth on the Classy platform. To learn more about all of the organizations and how they grew, please visit https://www.classy.org/classy-100/2016/.